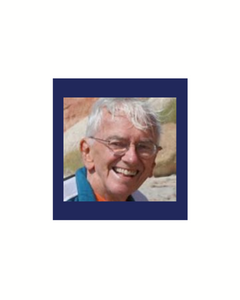 Hugh F. Stoddart, co-founder and director of Senscio Systems passed away on August 24, 2017.

Hugh had extensive experience in the management of high-tech companies including Atomic Instrument Company (VP), Baird Corporation (VP), Atomium Corporation (Pres.), Perkin-Elmer’s Laser Department (Manager) and many more. He also served on several boards of directors and scientific advisory boards and has 40+ patents.

After one year at Caltech, Hugh found himself training for the invasion of Japan. The bomb was dropped and he went to Korea to serve as an x-ray technician in a forward MASH unit. On return, he completed his studies with a major in physics and a minor in biology. After several years at the Los Alamos Scientific Laboratory Physics Division, he went on to MIT for graduate studies and research in nuclear physics.

He left MIT in 1954 to join Atomic Instrument Company where he developed an internationally recognized product line of nuclear instrumentation including the first positron coincidence brain scanner at the Massachusetts General Hospital and the first multichannel gamma-ray spectrometer at Oak Ridge National Laboratory.  He oversaw the development of a low-power, high-reliability computer for the Naval Research Laboratory.  In 1956, when Atomic merged with Baird Associates, Hugh introduced the first high-speed cardiac camera and a line of portable monitoring instruments.

Hugh founded Atomium Corporation where he received the Master Design award for the first nuclear medicine blood volume measurement instrument for operating room use. In 1963, after Atomium was bought by Miles Laboratories, Hugh began an ongoing consulting practice that included work for various technology-based companies and the US government.

Joining Cleon Corporation, he invented a unique and popular whole-body scanner and, in 1973, invented the novel scanned focal point (SFP) brain imager for nuclear medicine. After Union Carbide Imaging Systems bought Cleon, he and his son, Hugh A., continued the design of the SFP and developed the first 61-tube, wide field-of-view gamma camera.  ​ 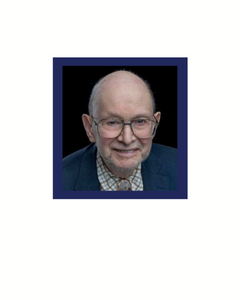 Frank Ferguson, a beloved member of the Senscio family and a company director passed away on January 12, 2021. Frank and Hugh F. Stoddart were friends for over five decades. Their collective wisdom, imparted to all of us left behind, is beyond measure.

Frank Ferguson was one of five co-founders of Curriculum Associates. Frank graduated from Iowa State University in 1950 with a degree in journalism and minors in education and psychology. He received an MBA from MIT in 1959.

​Frank served as President of the BOSE Corporation from 1969–1976, as President of Curriculum Associates from 1976–2008 and since then as its Chairman until his retirement. Frank was a member of the Boston chapter of Social Venture Partners, a non-profit that mentors and financially supports organizations with social missions.

Since 2010, Frank had been a board advisor to the Lionheart Foundation. He had been profoundly influenced by the work of Dr. Martin E. P. Seligman, and especially by the implications for instruction and learning arising from the connection of oral language to cognition set forth in Lev Vygotsky's seminal work, Thought and Language. Frank had recently been honored with an AAP Hall of Fame Award for lifetime achievement and contributions to the education industry.